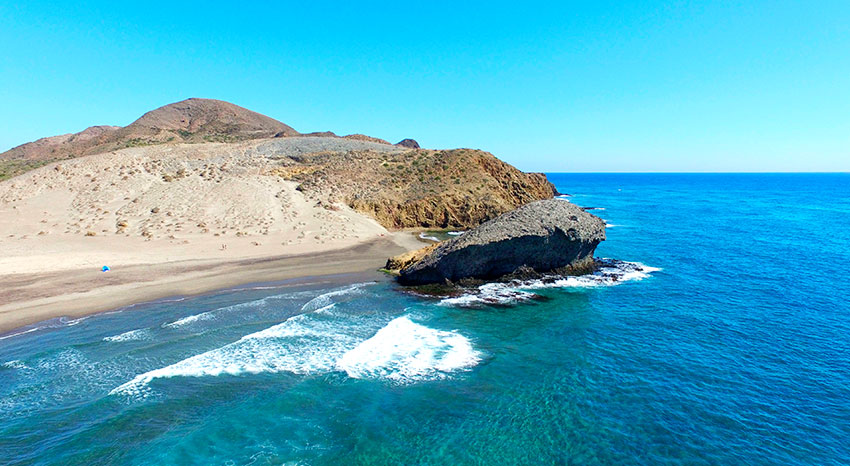 The most famous beach of the Nature Reserve, having appeared in many films and commercials. This beach owes its uniqueness to the lava formations eroded around it, the beauty of its fine sand and its crystal clear water.

Nowhere in the Nature Reserve is best reflected the volcanic origin of it, the rocks surrounding the beach Mónsul are huge tongues of lava reached the sea and the wind and water have eroded to form this beach and carve this diamond of the Mediterranean Sea.

In the center of the beach we found a huge rock that the nature has left whimsically amid the sand, this is a refuge for swimmers in the hottest days to take shelter in its shade. 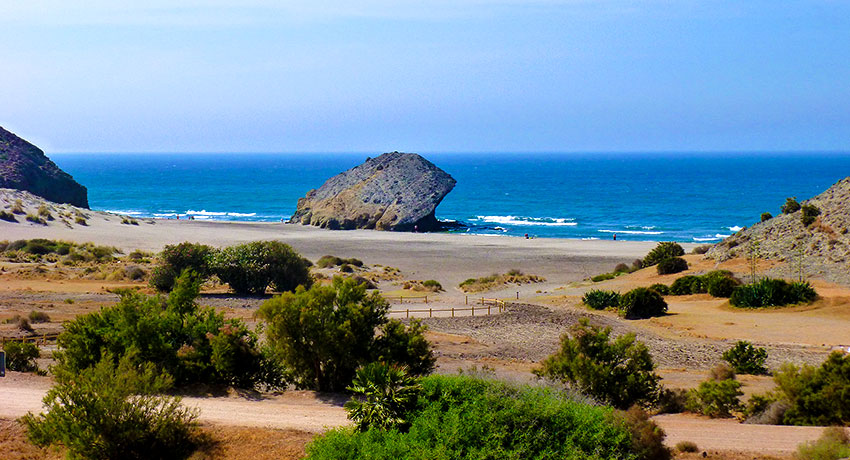 The beach is reached from a forest track of 4 kilometers from San José, the route can be done by car or public transport. At 200 meters from the beach there is a parking. In summer to park cost 4 euros, and there are very limited spaces. The best way to get is with a shuttle bus that leaves San Jose and also leads to the beach Genoveses and beach Barronal.

About 500 yards past the parking Mónsul we get to the parking area of the Cala de La Media Luna beach which is named for its shape. Following this dirt track we reach to Cala Carbón beach, the descent to this beach can be made with car, but the road is very bad, it is better to leave the car in the parking lot at the end of the dirt road and walk down. The mentioned fence does not allow cars to continue, if we walk around the track to hill climb Vela Blanca , where you have a splendid view of these coves.

As like other reserve beaches, Mónsul is a pristine beach, so you will not find where to buy drinks, you must go prepared and be respectful of the environment to preserve the beauty of untouched beach. Its beauty seduces visitors, as happened to the director Steven Spielberg that decided to use this beach, and other locations of Almeria, to film Indiana Jones and the Last Crusade among other films.

Map to Beach of Mónsul 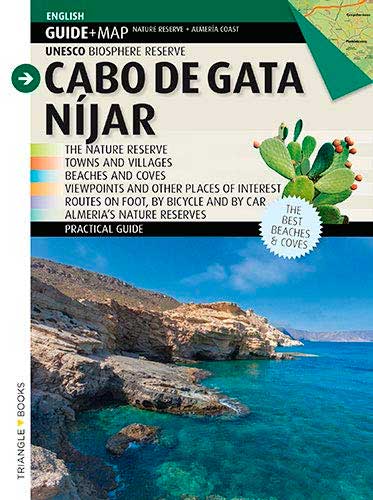